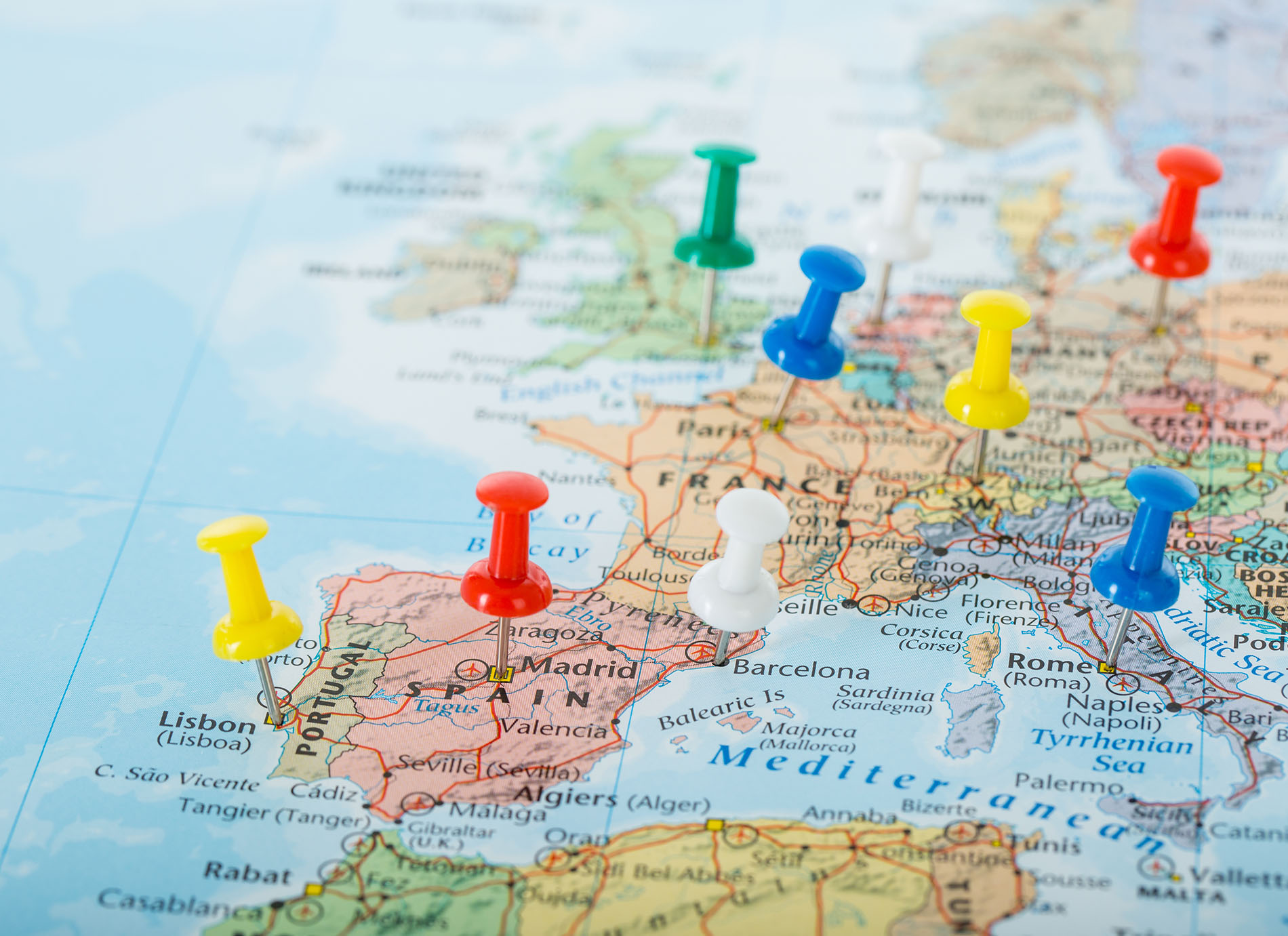 You’ve made the decision you want to travel more this year. You’ve realised experiences are more important than possessions and you’ve put together a plan to start saving for your next big trip. Now it is time to decide where you are actually going to go.

Budget and time will undoubtedly play a part in the decision making process but with so many amazing places in the world, from a serene yoga retreat in Bali to an adrenaline-filled adventure in Iceland, how do you whittle it down?

You’re already on MWT (yay!) and we’re happy to highlight everything from destinations to hit to restaurants to try. Consistently following a few sites will make you aware of trending places (if that’s your thing), even if you’re not planning a trip for the immediate future. Try keeping a running list of places you hear about that you want to go. If you find yourself with extra time on your hands because (god forbid) you’re suddenly laid off or uncover a few extra vacation days, you won’t have to waste time researching where to go. You’ll already know.

2. Ask the most well-traveled people you know

Instead of swiping past their gorgeous photos on Instagram and cursing them under your breath, turn all that useless envy into action — ask other people for advice. Instagram influencers sometimes respond to every comment (all the better to grow their follow count) or will chat over direct message, so if you have a specific question and want their advice, don’t be shy.

3. Pick an event to attend (not a destination)

Food bashes, film and music festivals, or TED-style conferences can inspire trips to far-flung places. One added bonus? You won’t have to decide what to do when you get there — that part’s all planned.

Take some advice from Kevin W: “I usually follow the music festivals! When I went to Croatia last year, I had no thoughts about going there until I decided to go to Ultra Europe.”

Or Grant G.: “Most of my travels are domestic, but I plan my trips around concerts and music festivals, and always add a day or so to explore whatever city I’m in.”

4. Let your taste buds guide you

It’s truly the way to a city’s heart. In deciding where to go next, Jerry H. discovered, “Knowing what I want to eat and going to the birthplace of that dish is a big factor.”

5. Travel for a hobby

Too often we get bogged down by country-hopping or city-dipping. What if instead you concentrated on a 360-degree view of what you’ll actually do when there?

Says Darcy F.: “My husband and I have a new rule: you must have an experience in mind as opposed to just a country. In other words, ‘I would like to visit Sydney to go to Reptile Park to see the free range Kangaroos,’ rather than, ‘I want to go to Australia.’ No more passport stamping without actual travel goals.”

6. Start a different kind of checklist

Rather than ticking off countries, are there other kinds of places to hit? Visiting all 50 states is a popular domestic goal, but this idea from Julie R. is also genius: “My husband and I made a plan to visit all 60 National Parks over the next 25 years. We will visit them when they are having big birthdays and we are two years into the idea.”

Now they can travel together — and have a built-in way to celebrate anniversaries and birthdays. We bow down. Or there’s Ainsley S.’s tactic: “My husband and I have a goal to play disc golf in every state in America. We have checked off 14 states so far.”

7. Try to escape the weather

Why not just follow the sun? Winter’s apparently gonna last all year, so checking out the weather and randomly picking a destination that’s a few degrees warmer sounds smart. Thanks to Stacy P. for the advice.

If you don’t want to bask in the sun at Coachella, why not bask in the sun during 13.1 miles? There are half marathons, marathons, and cycling tours all across the country. Tracy Y. packs her best shoes: “One of the most fun forms of inspiration I use is the Rock n Roll Marathon and Half Marathon site. I go to cities I haven’t been before for a 4-day weekend and walk a half marathon. It’s a fun way to take a walking tour of a new city (if you don’t mind walking 13.1 miles).”

Most people think in reverse — they pick a destination, then find a flight. But if you keep an eye on non-stop flight deals and alerts, you can snag tickets to a place you had never even dreamed of visiting. Says Jan T.: “Some places wouldn’t have crossed my mind until I’m surfing a travel site and see airfare and five nights at a killer all Inclusive and go “Hey, ever heard of Akumal? I guess we’re going there next.”

If you’ve got time on your hands, why not just show up at the airport? Here’s how David F. decides where to go next: “Wherever there are first class seats open and few people listed on stand by.” Or listen to this idea that’s not for the faint of heart, from Matthew D.: “At the end of the day, I open Google flights find the cheapest spot on the map rush to the airport an hour later and hop on with 15 minutes to spare.”

Finally, you could quite literally throw a wild card like Matt M., who has one solid piece of advice for choosing your next destination: “Throw darts at a map.”

Now there’s no excuse not to know where you’re going next.